Showing posts from September, 2018
Show all

This is very easy! This method will provide a game viewer, including all variations, with both a board view and the game moves. 1. Prepare the game (annotations, etc.) using ChessBase and save in a database. 2. In the database list of games, right click on the game (or highlight multiple games) and then select Output -> Publish to Web 3. In the dialog box, select "Create a HTML File" 4. Save the file 5. Open the file (if it does not open automatically). You will see the PGN for the game(s). Note: If you selected multiple games, there will be a drop down box above the board window in the final display allowing toggling between games. 6. Right click in the browser window displaying the PGN and select "View Source". 7. Select all the html code and copy it to the target page of your web site. Save and presto you are done! UPDATE: now that I figured it out "the hard way", I see chessbase has some articles: Part 1 Part 2 Part 3
Post a Comment
Read more 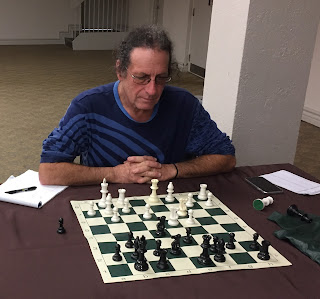 This is a real pain! I create my article in Word, and then want to post. The built-in word "save as" options for creating html have proven unsatisfactory. So far, I like https://wordtohtml.net/ because the free version does a decent job of preserving formatting (bold, color fonts). Note: I later discovered it does not do a great job with focus boxes like in my 2019 article. So these have to be merged in manually. Here is the reference I used to create the boxes in 2019: https://esc11.instructure.com/courses/4271/pages/shadow-text-box That leaves inserting photos. I have not good way to do this for images that are already in the Word file. I tried the insert "insert/edit image" feature in using wordtohtml.net, but it encodes the entire image in the html, which will make the file huge if there are many images. So far the best method is to finish the text portion, and use wordtohtml to create the html. Then copy/paste the html to the target location (in my
Post a Comment
Read more 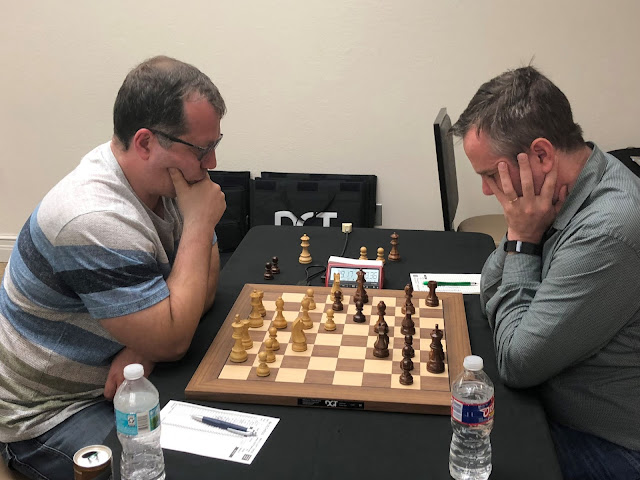 April 27-29, 2018 By Peter Dyson , Chairman, Space Coast Open Organizing Committee ( click here to return to Table of Contents ) Chess on the Beach . The first Space Coast Open (SCO) was held in October 1991 at a hotel about 15 miles south of this year’s Cocoa Beach location, and, you guessed it, on the beach! As the tournament dates bounced from Spring to Fall, searching for its optimal home on the chess calendar, and moved among a variety of venues (all but two oceanfront), some years were missed. Thus, it took a couple of extra years to reach the 25 th anniversary and get recognized as a USCF Heritage event. In celebration of this special milestone we boosted the prize fund to a new record of $20,000, ten times bigger than at our inaugural event. We also increased the Brilliancy prize levels and added Senior prizes. As our weekend kicked off we welcomed a record attendance of 222 players. Sofia comes to Cocoa Beach . (The rules, not the Polgar sister!) One thing that can fr
Post a Comment
Read more

- September 01, 2018
Here is our selection of games from the 25th Space Coast Open. Six games are presented. To see the available games, click on the down arrow (triangle) in the white box above the board window. The first 3 games are the Brilliancy Prize winners, selected by Brilliancy Prize Judge IM Javad Maharramzade. First Prize : $200 to Carlos Andretta Second Prize : $100 to Andy Catlin. Due to work commitments, Andy Catlin was only able to play 2 rounds, scoring 1.5 points against a high expert (win) and a strong master (draw). Along with two half-point byes, this resulted in a score of 2.5, which would have been good for a tie for the third expert prize if Andy had wanted to request a zero point bye in the last round, rather then withdrawing. But his play did not go unnoticed by our dedicated Brilliancy Prize judge, IM Javad Maharramzade, who selected this game for the second Brilliancy Prize. Third Prize : $50 to Xavier Alvarez Next we have the decisive game by the tournament winner, Icela
Post a Comment
Read more
More posts